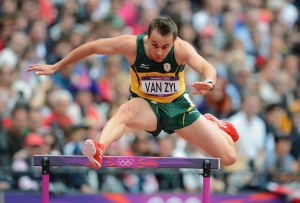 Van Zyl, who is currently studying for his master’s degree, plans to stay involved in the sport. He is married to distance runner Irvette (van Blerk) and the birth of their second son is expected for June.